CEN-TEX WILDLIFE CONTROL Specializes in the HUMANE removal of the RING-TAILED CAT from all structure types, no matter the shape or size, when it comes to Ringtail Cats we've got you covered.

Not only do We remove the Ringtail Cats, we also Cleanup the Droppings they leave behind. Ringtail encounters are on the rise here in Austin and surrounding areas. 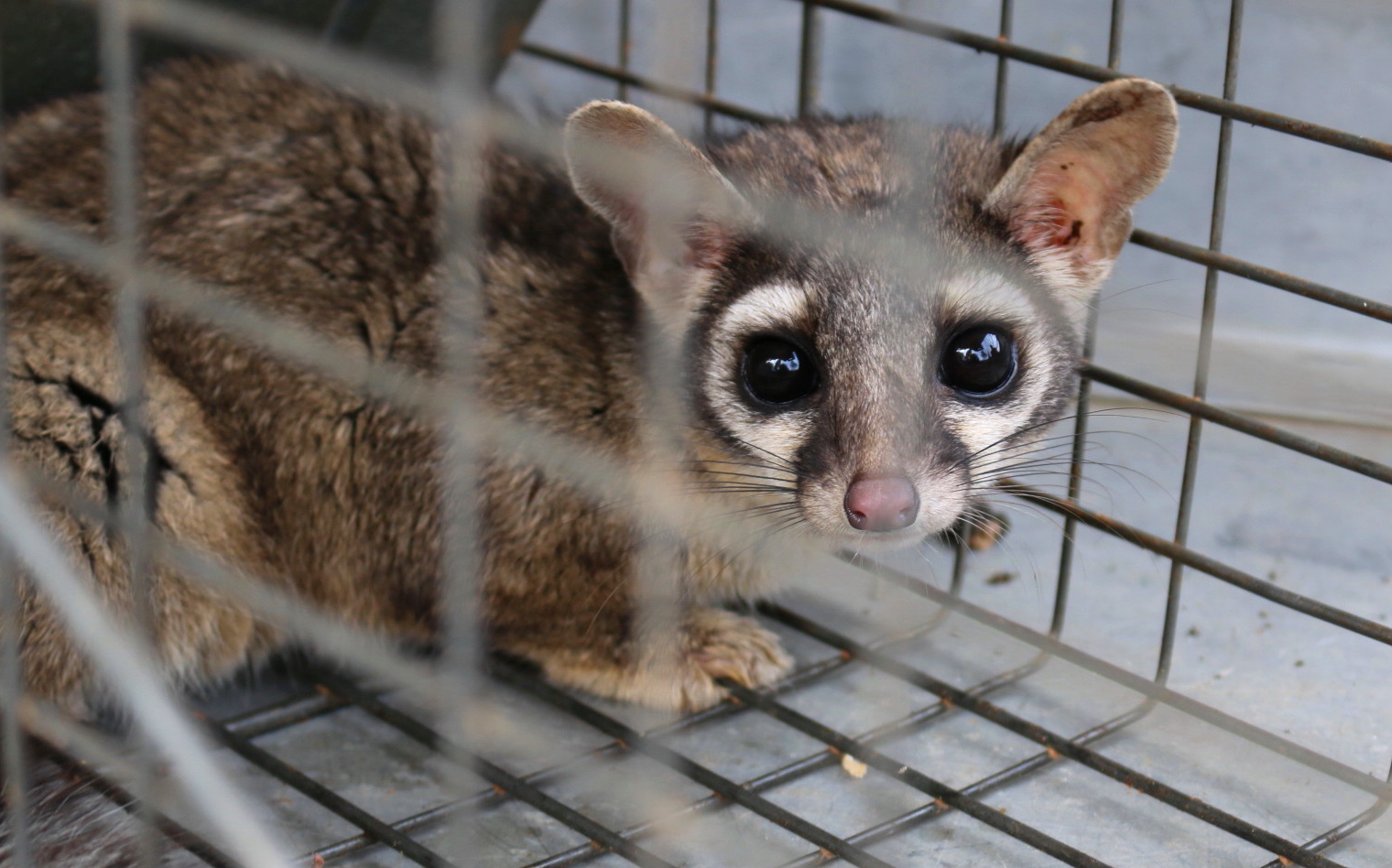 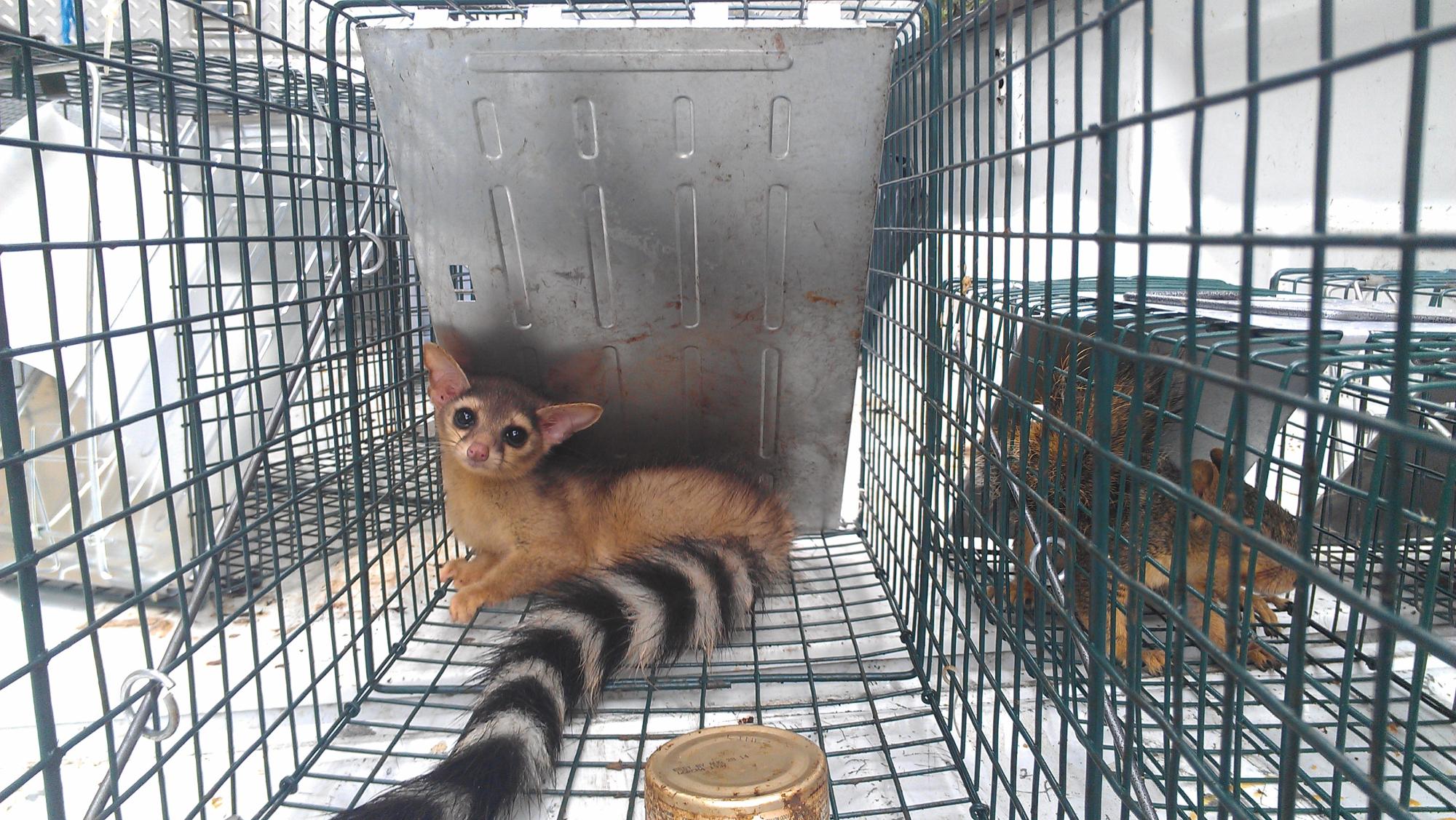 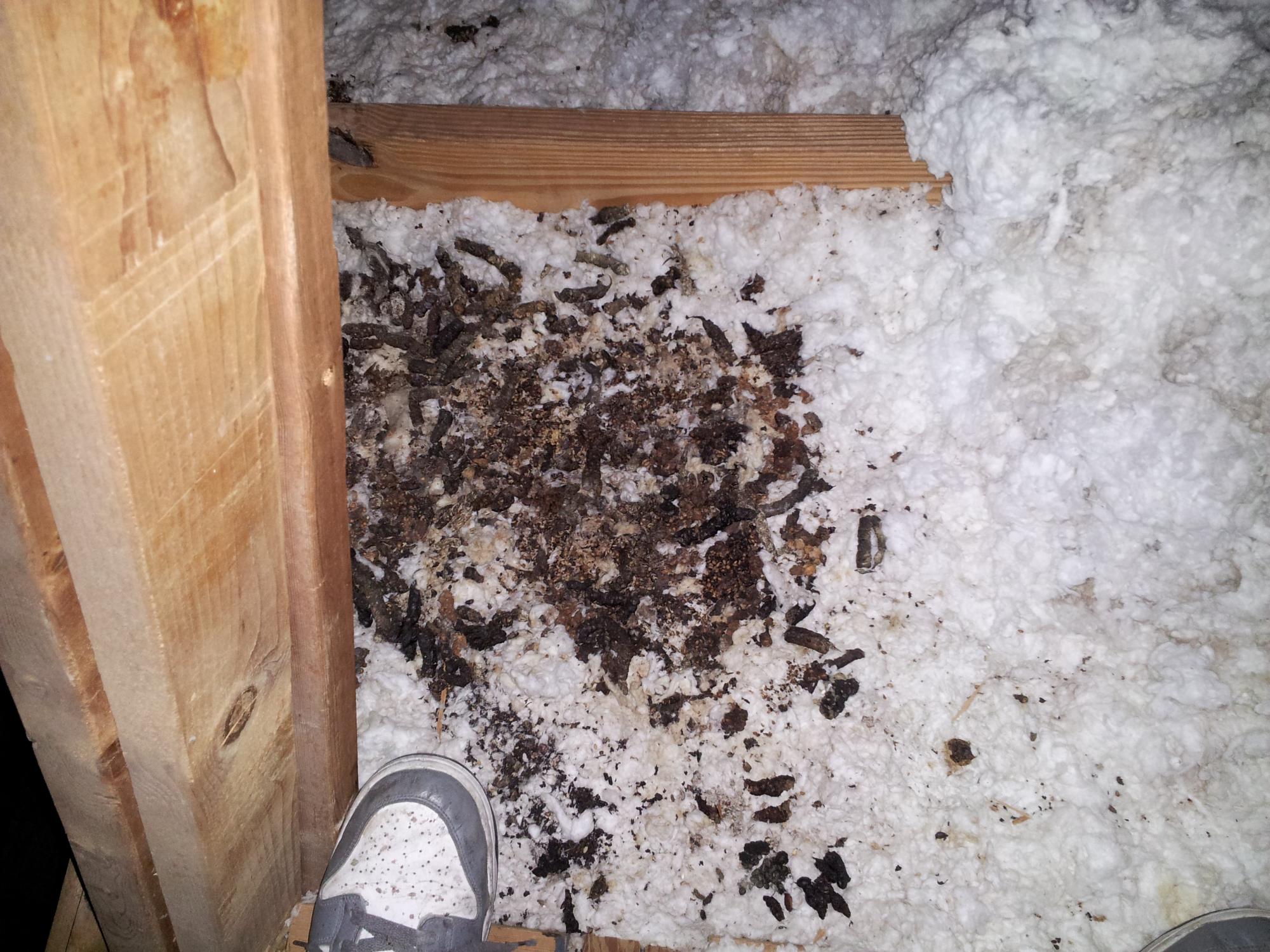 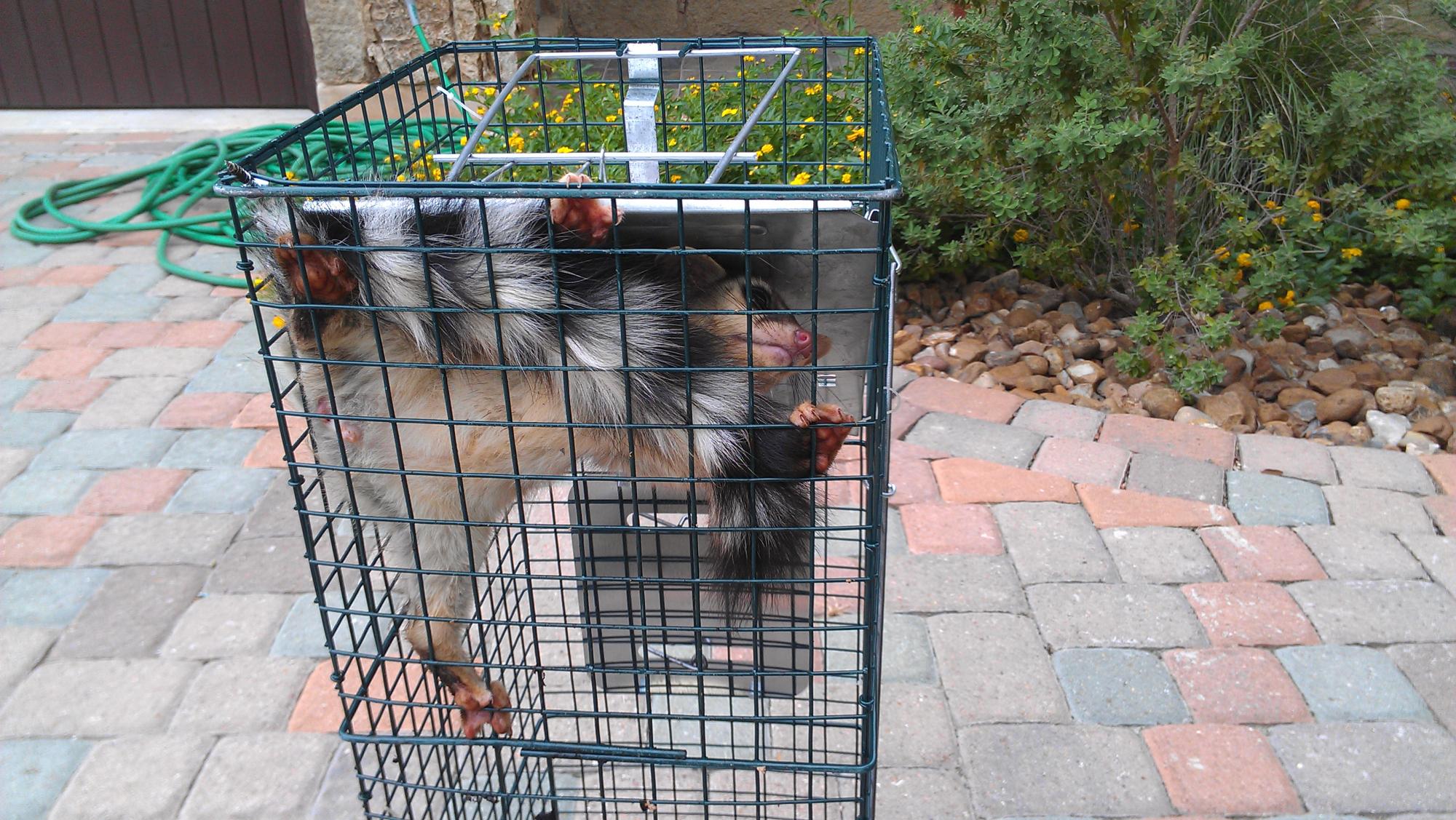 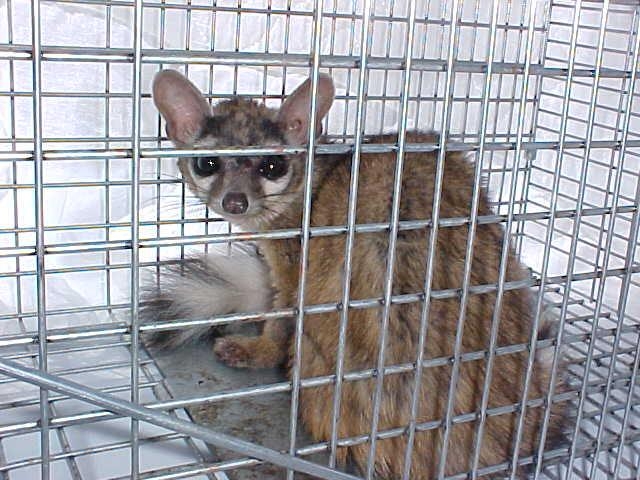 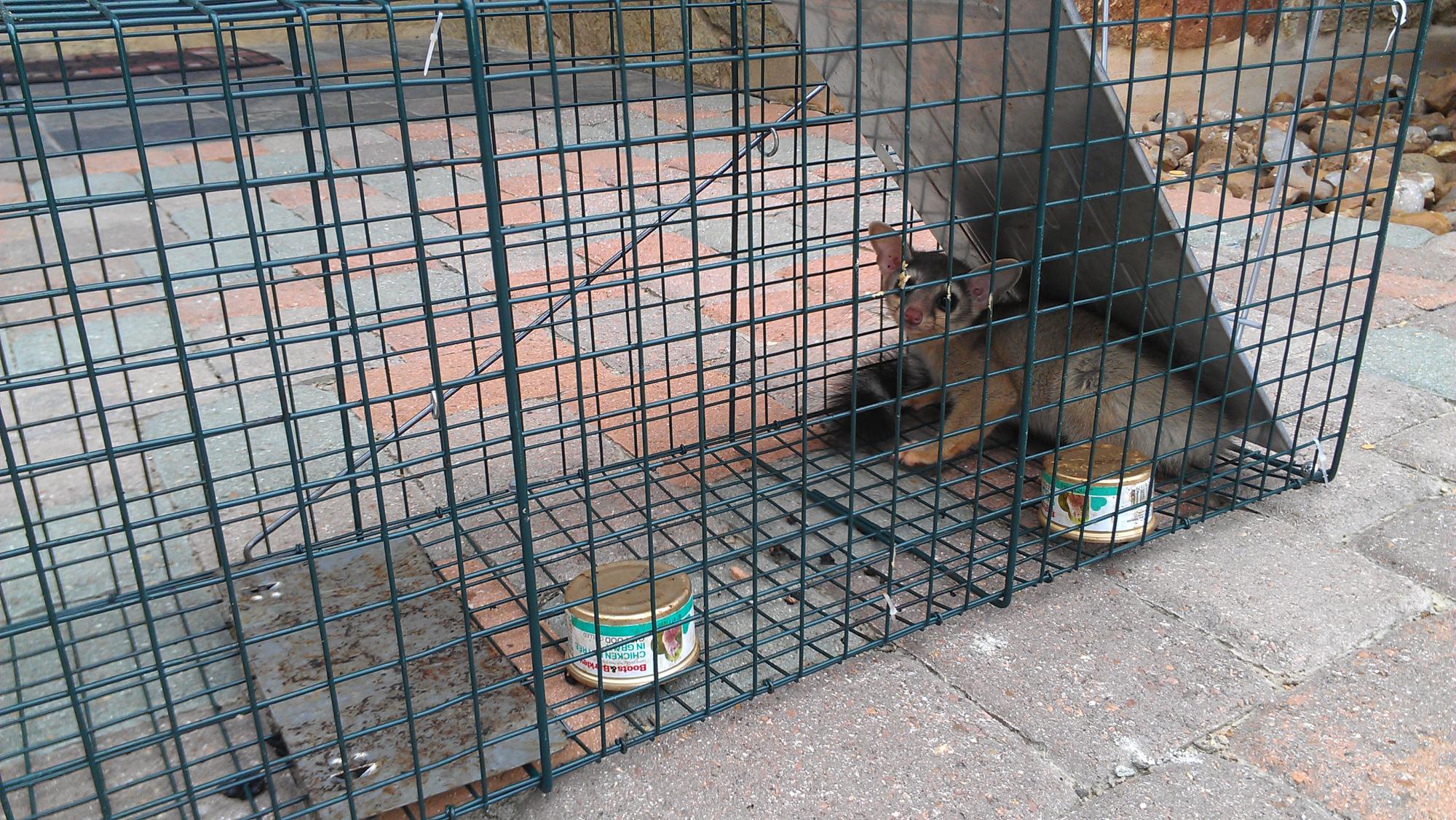 Ringtail cats are not related to the cat family but are really members of the raccoon family, Procyonidae.  Ringtails are cat sized animals that resemble a mix between a fox and a raccoon.  The face is fox-like, with a pointed snout, and the body is raccoon-like and elongated.  The top side of the animal is yellow to dark brown or black, and the underside is a whitish buff.  The ears and eyes are large and the eyes are ringed by white fur.  The tail is very bushy and can be longer than the head and body in many cases.  It is also marked by 14-16 alternating black and white bands for which the animal is named (Whitaker 1996).  The dimensions of the average ringtail measures 24-32 inches (616-811mm) in length, 12 ¼ -17 ¼ inches (310-438mm) in tail length, and 1¾ - 2 ½ lbs (870-1,100g) in weight.

The name “ringtail” comes from the black ring markings that are found on the animal’s tail.  Ringtails are also referred to by many other names, like miner’s cat (because they were used to help control rodents in mines), civet cat (because of the foul odor it secretes when confronted; this name is also an allusion to an African species named Civettictis civetta, which produces a substance called civet that is used in perfumes), and cacomistle (which is derived from the word tlacomiztli meaning “half mountain lion” in the native language of the Mexican Hahuatl Indians)

Habitat
Ringtails usually inhabit semi-arid deserts, rock plateaus, and canyons (in the Southwest states such as Nevada, Utah, Arizona, and Texas).  They also live in coniferous forests (in California and Oregon).  Ringtails are great climbers and because of their tactile movements and agility, these animals make their homes in mountainous terrain, rock crevices, tree hollows, or under cliffs

Feeding
Ringtails are primarily carnivorous but also do eat other food like plants, fruit, and insects.  Their diets generally consist of small mammals (rodents, rabbits, squirrels), small birds, insects (spiders, grasshoppers, crickets, centipedes, scorpions), and fruits (persimmon, mistletoe, hackberries).  As well, the diet varies throughout the year.  In the fall, it consists of mostly plants and insects; in winter, mammals and birds; and in summer, insects. Ringtails eat a wide variety of foods. In central Texas, as judged by the examination of the digestive tracts of more than 100 ringtails, their diet consists of small passerine birds (9.9%); small mammals (rats, mice, squirrels, cottontails), including carrion (24.4%); snakes and lizards (3.9%); toads and frogs (0.2%); insects, mostly grasshoppers and crickets (31.2%); spiders, scorpions and centipedes (11.1%); and fruits of native plants, principally persimmon, hackberry, and mistletoe (19.3%). The diet varies with the season: largely birds, mammals, and fruits of hackberry and mistletoe in winter; mammals, insects, and juniper berries in spring; insects, spiders, scorpions, centipedes, and persimmon fruit in summer. Insufficient data are available to determine the food in autumn.

Breeding/Reproduction
The mating season of ringtails occurs from February to June, and the gestation period lasts 51-53 days.  The period females are in heat only lasts 24 hours within the mating season.  The number in a litter ranges from 1-5 but is usually 2-4, and newborns weigh an average of 0.9 ounces or 25 grams.  At birth, ringtails are white-haired and fuzzy and the tail is not yet colored with the white and black bands.  In the mating rituals of these animals, both males and females mark their territory (which does not overlap) with urine and feces usually near their dwellings.  These markings act as “calling cards” that deter competition in members of the same sex and attract reproductive partners in members of the opposite sex. The breeding season appears to be restricted to a relatively short period of the year. In central Texas, the females appear to come into heat about April 1. Most females examined between April 15 and May 18 were pregnant. The exact gestation period is unknown, but it is probably about 45-50 days. In 10 females examined, the number of embryos ranged from two to four, averaging 3.3. At birth, the young are covered with short, whitish hair; they are blind, the ears are closed, and they are nearly helpless. The eyes open about 31-34 days after birth; the ears about a week earlier. The juvenile pelage, which is similar to that of the adult but paler and fuzzy, has replaced the natal pelage by this time. At the age of 4 months the young are indistinguishable from adults, except for their smaller size.

Behavior
Ringtails are solitary animals, except during mating season, and are nocturnal.  They are also quite vocal, especially the young. They will make squeaks, chitters, grunts, growls, and hissing (Williams 2001).  Ringtails are also exceptionally good climbers, which is why they make their homes in rock crevices, cracks, and cliffs.  They are very nimble and can quickly reverse the direction they are moving in by performing a cartwheel using their tail.  Another interesting feature is their ability to rotate their hind feet 180°.  Ringtails are also able to move up narrow passages by stemming (pressing their feet on one side of the wall and pressing their back against the other side or pressing both right feet on one side of the wall and both left feet on the other side).