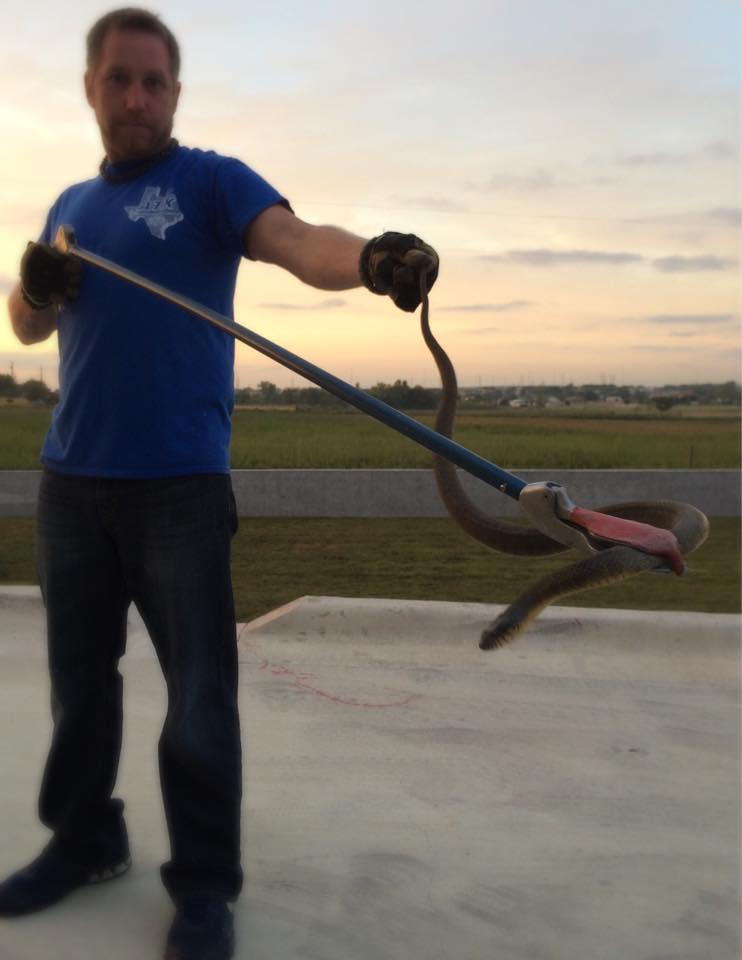 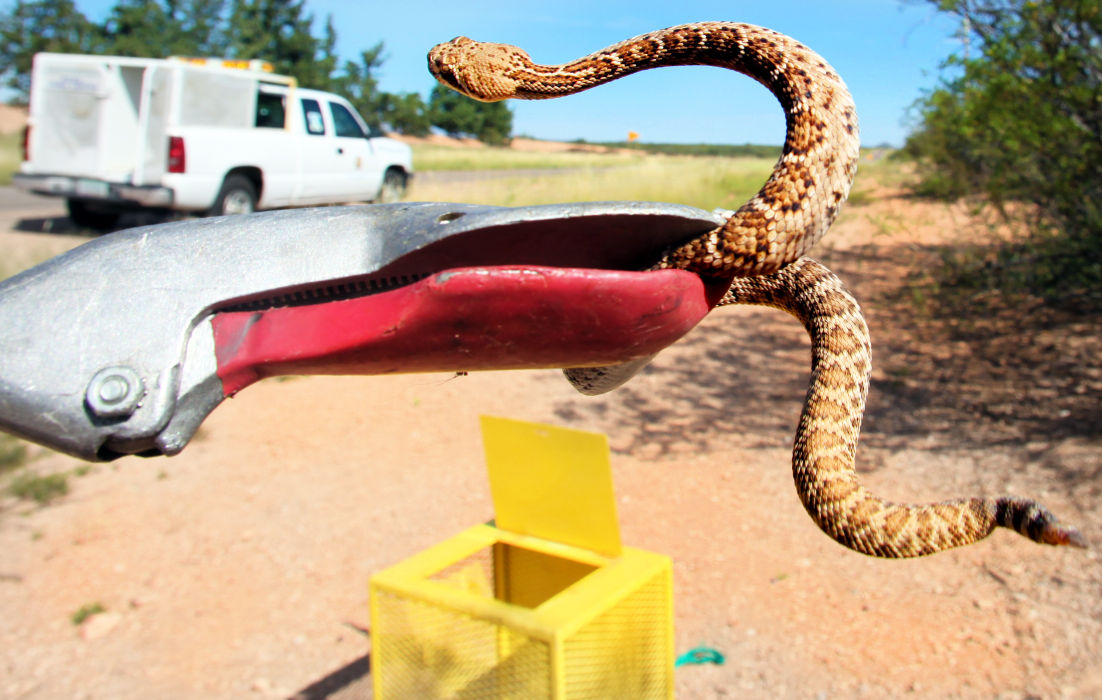 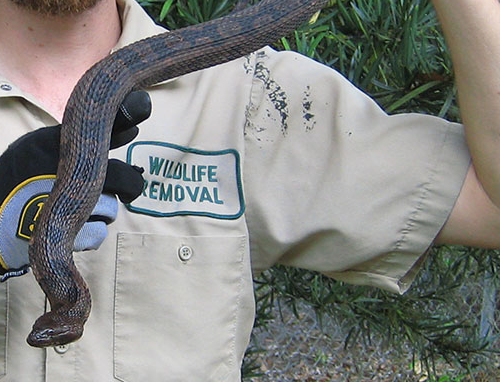 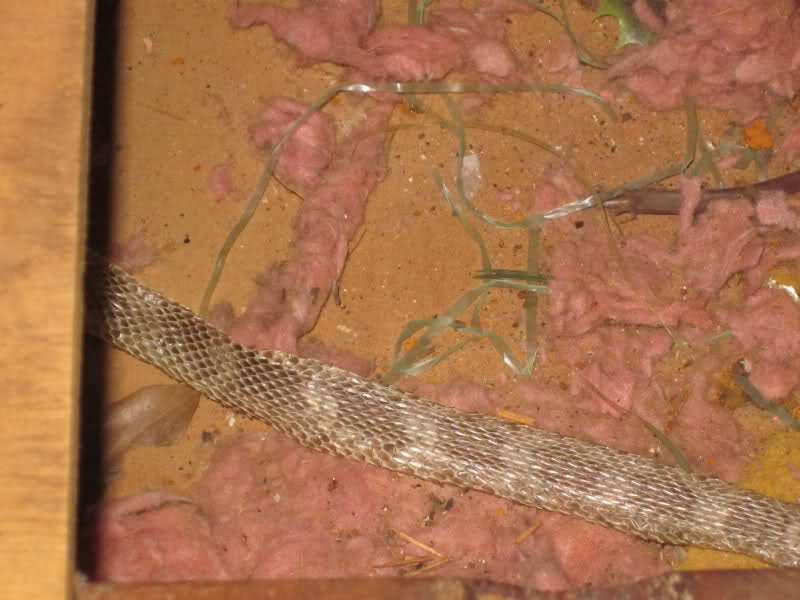 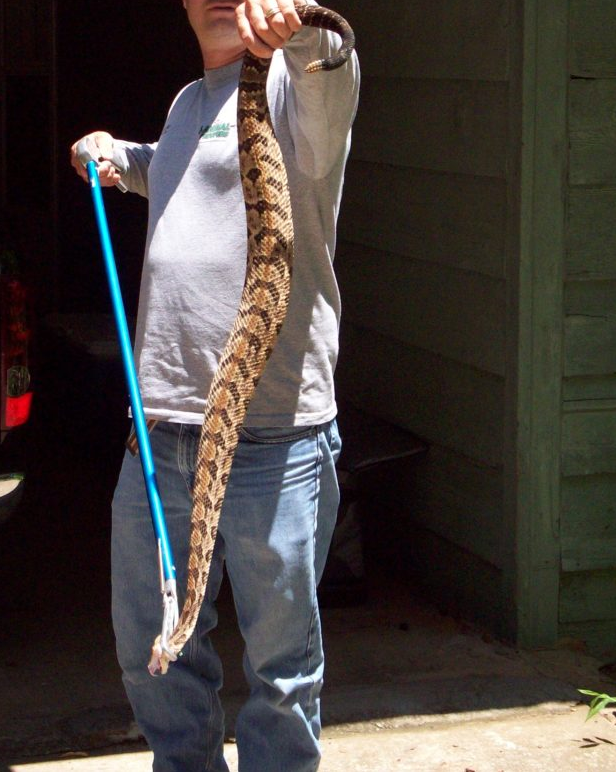 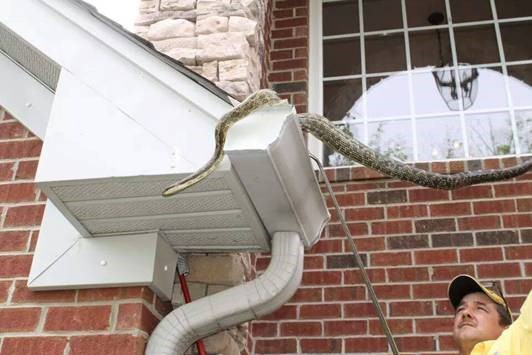 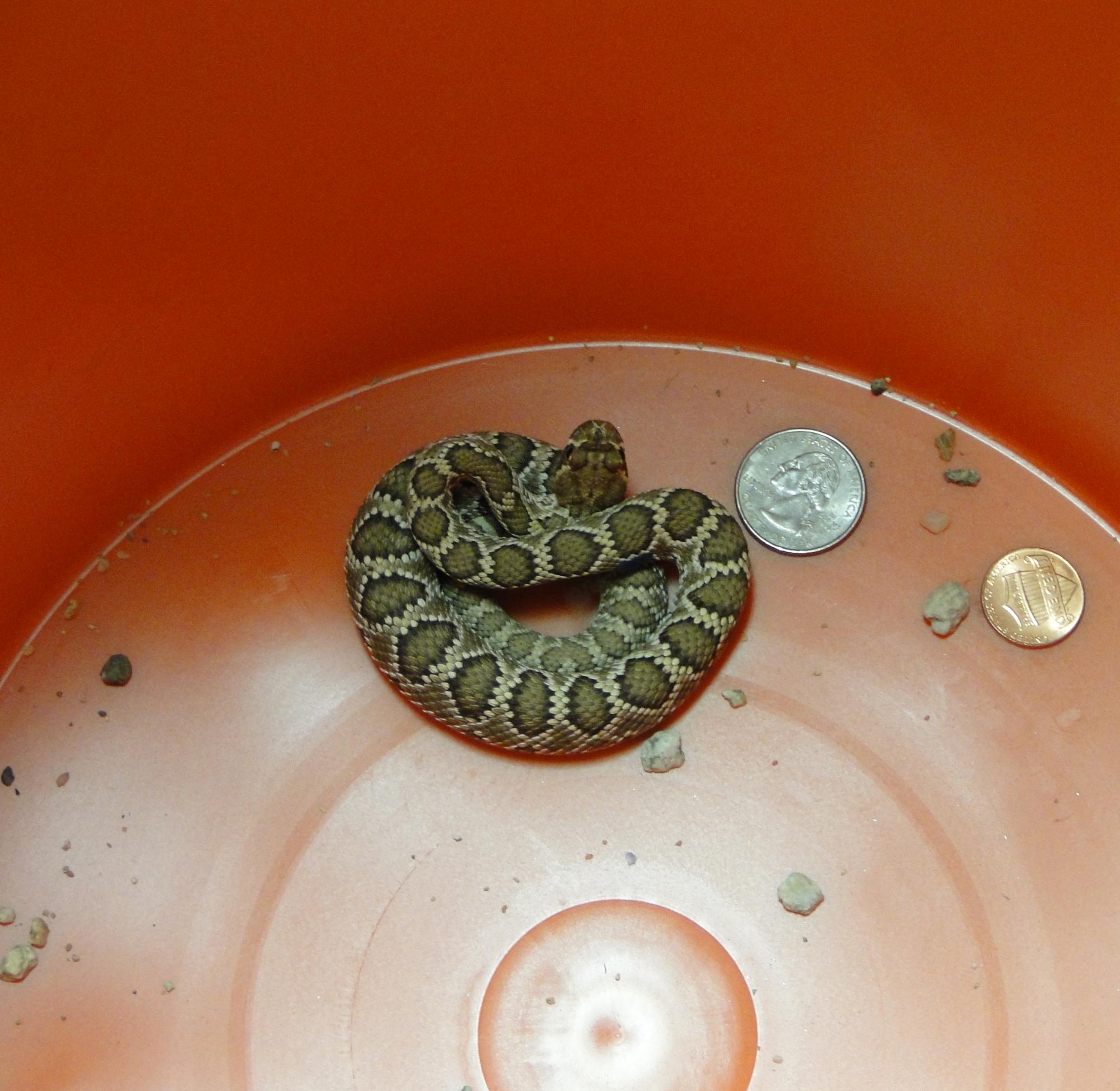 CEN-TEX WILDLIFE CONTROL Specializes in the EMERGENCY REMOVAL OF ALL SNAKE TYPES. No Matter the Time Of Day Or night We Will Be Available To Find And Remove The Snake. This Is One Of Our Few 24/7 Service. Let's face it Austin is home to A LOT of SNAKES, although most of Austin's Snake Population consist of Rat Sankes, We Also Have Been Seeing A High Volume Of Venomous Snake Encounters, Due To Austin's Rapid Growth Of Course This Is moving Snakes Away From Their Original Habitats.

We remove rattlesnakes as well as other snake types from your home or business.

Rattlesnakes on your property? Call us night or day.
If you are in doubt of what snake species you are confronted with, do not take any chances! A good rule of thumb is to assume a snake is of the venomous variety, until proven otherwise.

If you have snakes in and around your property in Austin give us a call we provide many options to minimize the snake problem. We also provide emergency snake removal. We know how to get rid of snakes from years of experience, and experience counts for a lot.

There are several different ways to protect your property from snakes. For example, snakes like tight areas like low lying decks or porches, areas like this are used as dens for snakes. These areas must be screened. No job is the same as the next which means a representative must be sent to the property to conduct a site evaluation to determine what actions must be taken to protect your property.

Call for a site evaluation A representative will be sent to your property ASAP.

Information On Snakes In Austin, TX

Of the many kinds of snakes found in the United States, only the following are harmful: rattlesnakes, copperheads, cottonmouths, coral snakes, and sea snakes. The latter group lives only in the oceans. All poisonous snakes, except coral snakes and sea snakes, belong in a group called pit vipers. There are three ways to distinguish between pit vipers and nonpoisonous snakes in the United States:

(1) Allpit vipers have a deep pit on each side of the head, midway between the eye and the nostril. Nonpoisonous snakes do not have these pits.
(2) On the underside of the tail of pit vipers, scales go all the way across in one row (except on the very tip of the tail, which may have two rows in some cases). On the underside of the tail of all nonpoisonous snakes, scales are in two rows all the way from the vent of the snake to the tip of the tail. The shed skin of a snake shows the same characteristics.
(3) The pupil of pit vipers is vertically elliptical (egg-shaped). In very bright light, the pupil may be almost a vertical line, due to extreme contraction to shut out light. The pupil of nonpoisonous snakes is perfectly round.

Range
Some species of nonpoisonous snakes occur throughout several states, but the majority have only limited ranges.

Snakes are not very mobile, and even though some are fairly adaptable, most have specific habitat requirements. Some live underground (these are mostly small in size), and some have eyes shielded by scales of the head. Others, such as green snakes, live primarily in trees. One group spends its entire life in the oceans. In general, snakes like cool, damp, dark areas where they can find food. The following are areas around the home that seem to be attractive to snakes: firewood stacked directly on the ground; old lumber piles; junk piles; flower beds with heavy mulch; gardens; unkempt basements; shrubbery growing against foundations; barn lofts— especially where stored feed attracts rodents; attics in houses where there is a rodent or bat problem; stream banks; pond banks where there are boards, innertubes, tires, planks, and other items lying on the bank; unmowed lawns; and abandoned lots and fields.

Snakes are specialized animals, having elongated bodies and no legs. They have no ears, externally or internally, and no eyelids, except for a protective window beneath which the eye moves. The organs of the body are elongated. Snakes have a long, forked tongue, which helps them smell. Gaseous particles from odors are picked up by the tongue and inserted into the two-holed organ, called the Jacobson’s Organ, at the roof of the mouth.

The two halves of the lower jaw are not fused, but are connected by a ligament to each other. They are also loosely connected so the snake can swallow food much larger than its head. Because snakes are cold-blooded and not very active, one meal may last them several weeks. Also, because they are cold-blooded, they may hibernate during cold weather months or aestivate during hot summer months when the climate is severe. In either case, they consume little or no food during these times. Some snakes lay eggs, some hatch their eggs inside the body, and some give live birth. The young of copperheads, rattlesnakes, and cottonmouths are born alive.

Nonpoisonous snakes are harmless to humans. In most cases, a snake will crawl away when approached if it feels it can reach cover safely. No snakes charge or attack people, with the exception of the racers, which occasionally bluff by advancing toward an intruder. Racers will retreat rapidly, however, if challenged. Snakes react only when cornered. Different species react in different ways, playing dead by turning over on the back, hissing, opening the mouth in a menacing manner, coiling, and striking and biting if necessary.

Legal Status
In most states, snakes are considered nongame wildlife and are protected by state law unless they are about to cause personal or property damage. Therefore, snakes should not be indiscriminately killed. Some species are listed on federal and/or state threatened and endangered species lists.